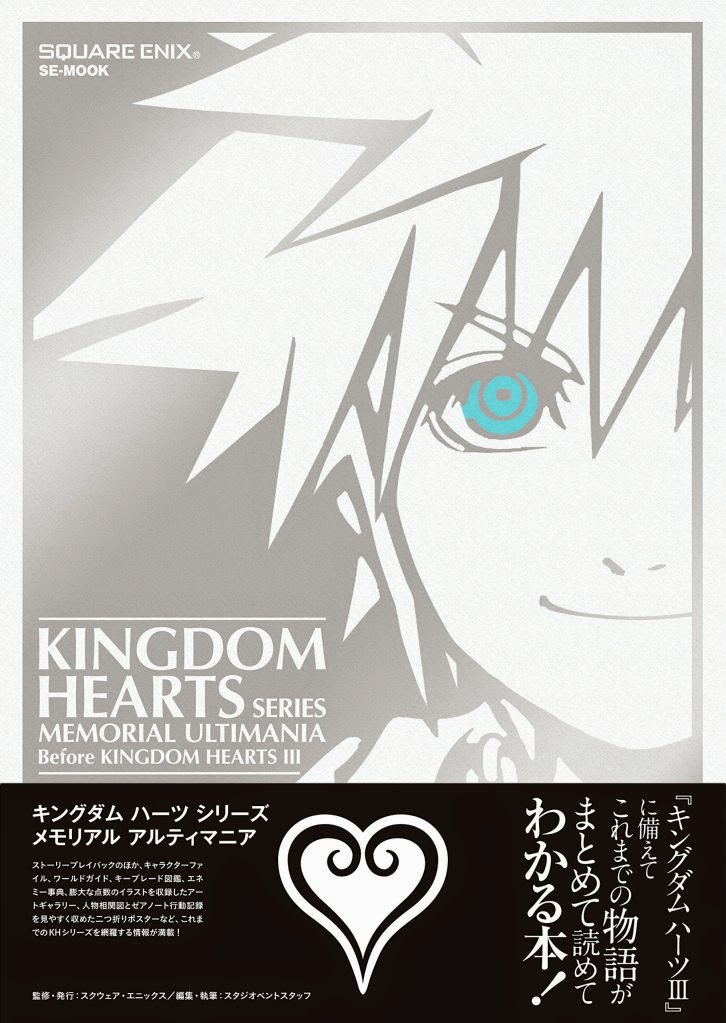 A Keyblade is a mysterious weapon and key for all things which appears in the hands of the chosen ones.  Using this weapon, which is proof of strength of the heart, Sora and his friends open new paths and stand up against dark forces.

Key shaped weapons which can bring about various phenomenon.  They can destroy the existence of darkness and liberate the hearts from the dark creatures the Heartless.  Also, as the name would imply they can also be used as “keys” which can unlock not only the “hearts of worlds” but also work on any type of keyhole and even will lead the wielder to the source of its great power: Kingdom Hearts.
Initially the Keyblades were forged as weapons during the battles over those who wished to obtain Kingdom Hearts and brought about the “Keyblade War.”  Reflecting on such events, the wielders of Keyblades today hold principles to use their power as guardians of the Light World and are often referred to as “Heroes of Light.”

Fundamentally a Keyblade wielder only has one Keyblade, but switching the keychain can give the Keyblade a different form and abilities.

The Keyblades Tera, Aqua and Ventus use can transform into transportation vessels which allow them to travel through the corridors between worlds.

There are Keyblades existing in both the Light World and the Dark World.  Which is which is determined simply by whether they serve a function as an inside key or an outside key to the door to “Kingdom Hearts,” and just because a Keyblade may be from the Dark World does not mean it would contain any sort of dark powers.  During the course of the story, most of the Keyblades have been ones from the Light World.

A special Keyblade created from the hearts of the Seven Princesses.  Aside from having the power to reveal the keyhole to “Kingdom Hearts, the heart of worlds,” it also has the power to open and remove a person’s heart and the power to send a person into darkness.

Among Keyblade wielders, they are the very best.  Generally, those seen as “guardians of light” who are accepted by their own masters will become a Master.  Only Keyblade Masters (and those who have abilities on the same level) are able to do the Keyblade Inheritance Ceremony, also they can remove their own hearts and transfer them to different bodies.

King Mickey at the end of BbS, Aqua at the beginning of BbS, Riku at the end of KH3D all became Keyblade Masters. (Master Eraqus and Master Xehanort are also Masters).

Master Eraqus held a special place among Keyblade Masters, being chosen as the orthodox successor to protect the Land of Departure.

A war long, long ago brought about by Keyblade wielders fighting over “Kingdom Hearts.”  As a result, the Light World was engulfed in darkness and vanished from existence.  However, thanks to the light remaining in the hearts of children it was eventually restored as several smaller Worlds.  Due to this, the truth surrounding the Light and Dark is told from generation to generation as a fairy-tale.

Interested in an ideal balance of Light and Dark, Master Xeanort believes there is too much Light in the world and thus intends on bringing about another Keyblade War.

The key to finding the true “Kingdom Hearts.”  It is read the same as “Keyblade,” but all of the other Keyblades are mere counterfeits and much like the true “Kingdom Hearts” has existed since the beginning of the world, becoming the archetype for all other Keyblades.  During the Keyblade War it was broken into 7 pieces of Light and 13 of Darkness, and thus does no longer exist, but with the proper balance of power from pure Light hearts and pure Dark hearts, it can be expected to be reborn.
Master Xeanort has been engaged in trying to complete the χBlade for over 10 years.  By KH3D he and his other selves are putting the plan into action and have gathered as the 13 Dark in order to clash with the 7 Light to restore the χBlade.

When the Light heart of Ventus and the dark Heart of Vanitas forged together, the χBlade that was created was an X-like shape of two Keyblades.

When the 13 Darks and 7 Lights clash, the χBlade will be created.  Master Xeanort is moving along his plan to do this.
Posted by Unknown at 7:51 AM

Some terminology may not be correct or lost during my translation. If anyone notices any terminology mistakes please let me know in the comments. Thanks!

What is your favorite Kingdom Hearts?